From stunning electric concept cars and charging systems designed to speed the transition to electromobility to sensors that move transport closer to full autonomy — innovation in the auto industry-dominated CES.
The model debuts revealed how CES is now as much as an auto show as a technology confab. Monday’s issue of Automotive News drives home the magnitude of the importance of the Las Vegas extravaganza to the industry. From cover to cover, we tell the stories of the 2023 show, starting on Page 1 with Pete Bigelow’s overview of the opportunities and challenges facing the industry.
The debuts demonstrated how electric vehicle architecture is jumping styling into a science fiction design age. Two Stellantis EV concepts, the Ram 1500 Revolution pickup and the sleek Peugeot Inception, proved that removing an internal combustion engine and automatic transmission frees designers to make vehicles more dynamic and inviting.
But not all that shined was the exterior of new models. BMW introduced new head-up display tech that it believes will eventually replace dashboard screens by projecting functions onto the windshield. Such a move would reduce driver distraction caused by reaching for center-dash touch screens.
Elsewhere, sensor companies unveiled new technology that will better embed the critical components of automated driving into a vehicle’s structure, while improving their ability to understand road conditions and potential hazards.
Charging infrastructure to speed the transition to EVs also was ubiquitous. Mercedes-Benz announced it would create its own branded charging network, tossing a direct challenge to the Tesla’s superchargers.
And finally the entertainment-automotive mashup of Sony Honda Mobility revealed the Afeela EV sedan they plan to start selling in the U.S. in early 2026.
The Afeela aptly symbolized why the automotive industry is now such a large part of CES. The more than century old machine is morphing into a device.
— Jerry Hirsch 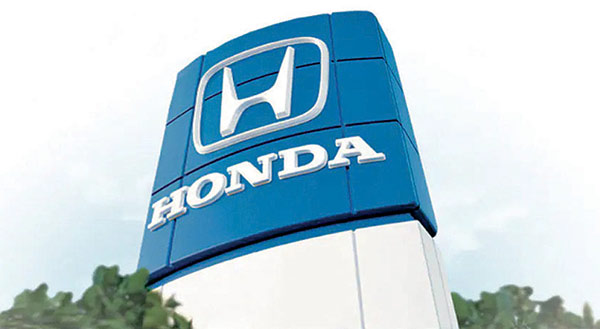 Improving their lot: Like their global counterparts, Japanese automakers have had a rough go of it in recent years, with the COVID-19 pandemic, supply chain mayhem, the war in Ukraine, soaring inflation, rising interest rates and so on. But Japanese manufacturers have some reasons to be hopeful their lot will improve in 2023, including production on the upswing, electrification plans gaining momentum and the wild ride of fluctuating exchange rates seemingly settling down. Automotive News sets out five reasons Japan’s automakers should be optimistic about the new year, along with one big reason they should remain wary. 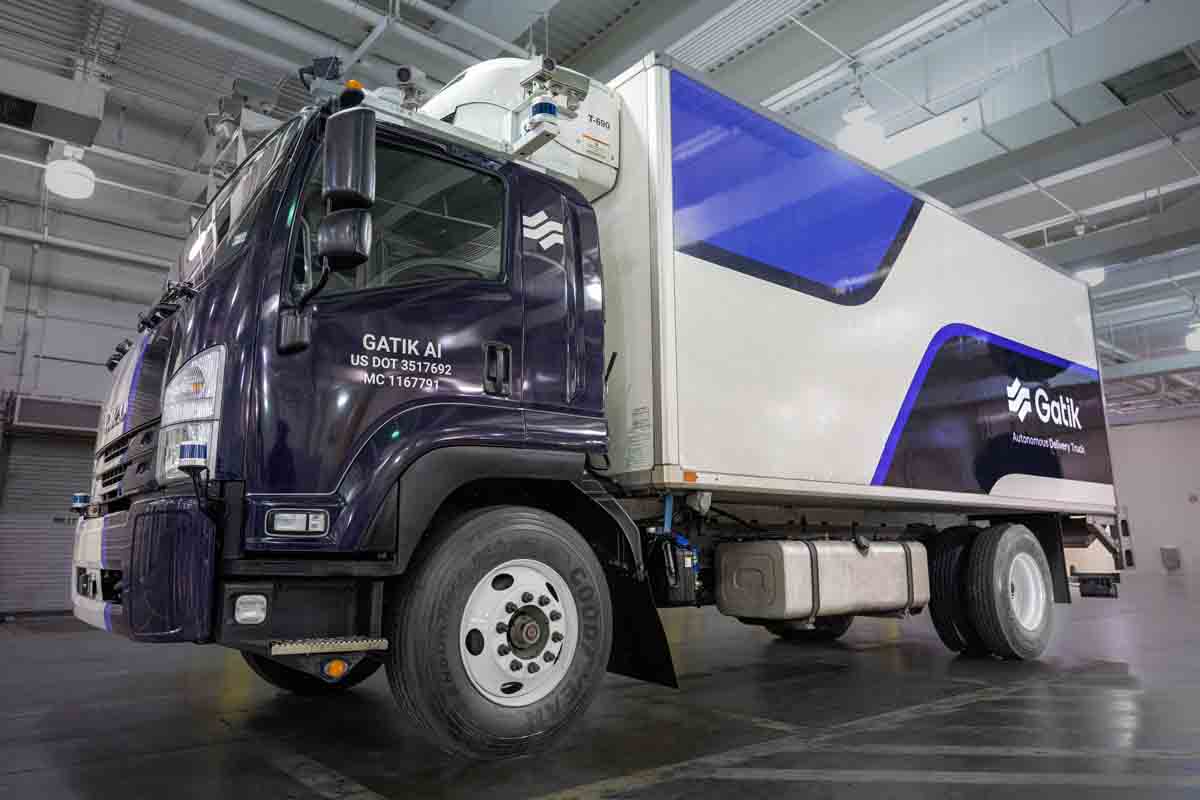 The rubber meets the road: Sensors detecting problems and providing information to autonomous vehicles typically include radar, lidar and cameras. Now, tires can be included in the mix. Self-driving truck company Gatik and tire maker Goodyear are working together to develop tire technology that estimates road friction and sends real-time information to Gatik’s automated driving system. Automotive News explains that those tires have been used in real-world operations, hauling goods in Canada, and Goodyear and Gatik explain how the technology works and how it will be deployed.
Weekend headlines
GM wants U.S. Treasury to reconsider tax credits for Cadillac Lyriq EV: The Treasury and Internal Revenue Service did not classify the Lyriq as an SUV, meaning its retail price cannot be above $55,000 to qualify for up to $7,500 in federal tax credits.
Tesla owners in China protest against surprise price cuts they missed: Hundreds of Tesla owners gathered at the automaker’s showrooms and distribution centers in China over the weekend, demanding rebates and credit after sudden price cuts they said meant they had overpaid for electric vehicles they bought earlier.

GM reclaims U.S. sales crown: U.S. auto sales rose about 7% in December, helped by improving inventory levels and higher fleet deliveries. But it capped a year that saw volume drop below 14 million to the lowest level since 2011. 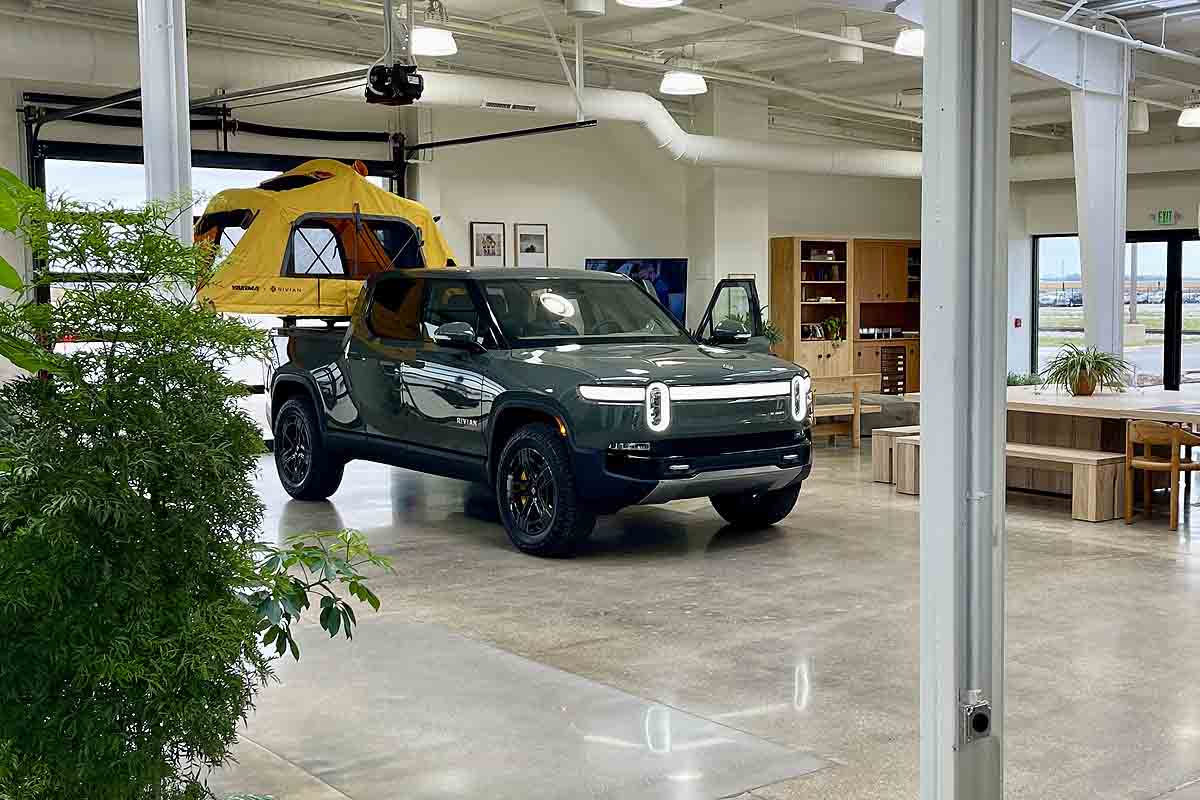 Illinois dealers lose lawsuit to halt Rivian, Lucid direct sales. The battle is not over: The Illinois Automobile Dealers Association will appeal a court decision last month that favors Rivian Automotive and Lucid Group in a fight over direct sales after the state government granted licenses to the EV startups over dealer objections.

Nvidia rolls out array of auto partnerships: Nvidia, the computer gaming and artificial intelligence company, is furthering its push into automotive development, manufacturing and in-vehicle gaming. The tech titan announced an array of partnerships with automakers from around the world.

CES placed a spotlight on the momentum electric vehicles are gaining across transportation. Shift host Pete Bigelow discussed the trends and challenges with the Electric Drive Transportation Association’s Genevieve Cullen, Panasonic’s Andrew Poliak, Navier’s Sampriti Bhattacharyya and Blink Charging’s Brendan Jones in Las Vegas.
Dozens of public officials are at CES hoping to attract new investments. Michigan Lt. Gov. Garlin Gilchrist talks about how he plans to make the case for his state, which could soon adopt more pro-union laws.
Forvia CEO Patrick Koller talks about the supplier’s innovations, including technologies to help cut carbon as well as a front shield that the company describes as “self-healing.”
Jan. 3, 1999: It wasn’t the first attempt at retro styling in recent decades. But the Chrysler PT Cruiser, introduced on this day at the North American International Auto Show, was a smash hit that paid dividends for a decade.
It outlasted other new light vehicles with retro styling from Detroit automakers such as the Ford Thunderbird and Chevrolet SSR.
Chrysler for years had tried to field a smaller version of the minivan it created with great success in the early 1980s. Its goal was to draw younger buyers with new families who wanted a hipper ride.
The recipe was simple: Use an existing small-car platform, mix in some nifty street-rod styling inside and out, build it in a low-cost country and charge a higher price.
U.S. sales began in April 2000, then it topped two fellow finalists — the Honda Insight and Toyota Prius — to garner 2001 North American Car of Year honors.
The car was designed to be a Plymouth and to help the brand attract younger buyers. But when Chrysler Corp. scrubbed Plymouth, the PT Cruiser, still in development, became a Chrysler.
It followed Volkswagen’s New Beetle but rolled before other retro-styled nostalgic cars such as the Thunderbird, BMW Mini and SSR.
The little five-door hatchback proved to be a soldier, with more than 1.35 million sold worldwide — generating early waiting lists and fan clubs, spawning imitators in the Mini brand and the Chevrolet HHR, and becoming the subject of more special editions than any other vehicle in recent memory.
It was a refreshing new model in an era populated with redundant designs. Unlike the minivan, it mixed practical function with attitude.
And unlike the Thunderbird and Mini, the PT Cruiser made retro styling affordable without sacrificing utility.
It became the most profitable small car in Chrysler history, according to its designer, Bryan Nesbitt.
The last PT Cruiser was built in Mexico in July 2010.
Send us a letter
Have an opinion about this story? Click here to submit a Letter to the Editor, and we may publish it in print.
Please enter a valid email address.
Please enter your email address.
Please verify captcha.
Please select at least one newsletter to subscribe.
See more newsletter options at autonews.com/newsletters.

You can unsubscribe at any time through links in these emails. For more information, see our Privacy Policy.
Sign up and get the best of Automotive News delivered straight to your email inbox, free of charge. Choose your news – we will deliver.
Get 24/7 access to in-depth, authoritative coverage of the auto industry from a global team of reporters and editors covering the news that’s vital to your business.
Our mission
To inform and empower current and future business leaders by providing the insights, knowledge and connections they need to thrive in a rapidly changing industry.
1155 Gratiot Avenue
Detroit, Michigan
48207-2997
(877) 812-1584
Email us
Automotive News
ISSN 0005-1551 (print)
ISSN 1557-7686 (online)
Fixed Ops Journal
ISSN 2576-1064 (print)
ISSN 2576-1072 (online)